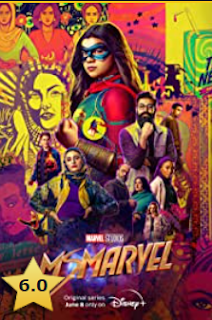 Bisha K. Ali’s American television series, Ms. Marvel is based on the Marvel Comics character Kamala Khan. It is one of the seven television shows in the Marvel Studios’ ongoing universe. The series follows a teenage girl named Kamala Khan, who struggles to fit in as she learns more about herself due to her powers. Ali served as the head writer and Adil and Bilall directed the episodes.

The series was first announced in 2019 with Ali’s involvement. In September 2020, Vellani was cast. Meera Menon, Adil, and Obaid-Chinoy were hired to direct the episodes. The filming of the series started in November 2020.

The series, which premiered on June 8, 2022, was part of the fourth phase of the Marvel Universe. It has received positive reviews, mainly due to its creative style and the performance of Vellani, who reprises her role as Kamala Khan in the upcoming film “The Marvels.”